The door to the medical ward swung open without being touched.

The inside of the room was, well… normal. The floor was white and solid, made of some kind of plastic just like a hospital; the walls were painted a pale blue without any hint of stone. To the right of the room, six hospital beds were spaced far enough apart for a little chair and privacy curtains to separate each. To the left, behind a few chairs and a handful of magazines in languages I couldn’t read, a transparent barrier blocked access to shelves of pill bottles and medical equipment. Straight ahead was the doctor’s desk, and behind that, a floor-to-ceiling window spread across most of the back wall.

A real window. This wasn’t like the decorated light panel in Mr Cooper’s office; behind the glass, hills spread out caked in snow, dotted with trees I didn’t recognise. Real hills, real trees. Unless this place had some kind of sophisticated illusion system, which… well, that was entirely possible.

The doctor stood up. I’d been so distracted by the ward, I hadn’t even noticed him. He was tall, broad-shouldered and bald, and dressed in what looked like scrubs but were, for some reason, pale brown. I didn’t have much time to muse on what a terrible choice of colour that was for a doctor, because I’d barely registered it when I looked up into his eyes.

As in, entirely blue, like little balls coated in enamel. He had no pupils or irises. Nor did he seem to have any trouble seeing; he looked right at us and smiled.

“You would be the two that Alania told me to expect,” he said, putting down a tablet. “I am Kuracar Malas. Kylie, if you’d take a seat, I’ll be with you in a moment; Kayden, you’re wet and shivering. There is a shower with fresh towels and dry clothing back there, to your right.

I glanced at the others to gauge their reactions. Kylie was, quite naturally, staring at the man’s eyes. She looked like she wanted to hide. Max had disappeared entirely when I wasn’t looking.

I went to take a shower. The dry clothes were not, as I’d feared, a hospital gown, but a rack of black mage robes in various sizes. Was that the uniform here? Probably. It’d feel like going to class in a dressing gown every day, I bet.

My wounds looked worse than they felt. The bumps and scrapes on my arms and hands were puffy and reddened, the long stripes of bruising on my legs where the thing in the water had grabbed me were deep blue and purple, standing out against skin pale with cold. The cuts wrapped around my calves had scabbed over, but walking had pulled some of the scabs free, dripping blood down my legs. The flesh around the wounds was waterlogged and swollen.

It would look better when I was warm and dry. I stepped into the shower.

Five minutes later, I dried off redder, healthier-looking skin. Much better. I didn’t look great, but I didn’t look like a corpse. I glanced up into the mirror, and caught sight of my chest. The little white witch mark stood out clearly against flushed skin, like a goddamn beacon of trouble. A tiny scar that had defined way too much about my life.

I let my eyes drift, and frowned. I stood up straight, put my arms behind my head, and turned my body, inspecting my profile from different angles.

Were my breasts growing?

I’d been pretty lucky so far, in terms of physical development. I was fourteen and still had the figure of an eleven-year-old. Part of that was genetics, and part of it was probably just being thin – body fat triggers most aspects of puberty. But I wasn’t going to be lucky forever. Fourteen was already pushing it. Eventually, I was going to have to start layering looser clothing. And after that, binding my chest.

But not yet. There was some growth, but nothing anyone would notice if they weren’t standing topless in front of a mirror looking for it. And nobody here even knew I was transgender except Mr Cooper, so nobody would be looking.

I grabbed a robe that looked like it might fit, then hesitated, and grabbed one one size larger. Max had worn his robe cut pretty close to his body, but he was a tight-formal-clothing, walking-ventriloquist’s-dummy kind of person. If I could get that voluminous, flowing look that the mage who’d rescued us had… well, that was pretty damn figure-obscuring. Maybe robes weren’t such a terrible uniform after all.

“Ah! Much better,” Kuracar Malas said as I came back into the medical ward. I couldn’t see Kylie anywhere. “Now, let’s have a look at you. May I magically scan you?”

“Um. What does that entail?”

“It’s completely non-invasive. I have a spell that can build a template of your body and flag any injuries. Think of it like a full-body X-ray, ultrasound and blood test all in one.”

“You guys have doctor-patient confidentiality, right?”

“Of course. I can’t release any of your medical information without your consent.”

“This may be uncomfortable.” He placed two fingers on my forehead and I felt… absolutely nothing. But he must have felt something, because a moment later he pulled away and nodded.

“You have several points of weakness where old injuries are still healing,” he explained. “I assume you know about those, and there’s nothing I can do for them that your body isn’t already doing better. As for new injuries, you have some temporary muscular weakness as a result of cold, overexertion and an apparent near-drowning; again, your body will recover fairly quickly so long as you keep it warm and rested. Your scrapes and bruises should heal within the next week or two, but I have some concern over the possibility of infection. I’d like to clean and dress your cuts and abrasions before you go.”

“Take a seat, please.” Kuracar Malas headed into his supply area and returned with a small stack of dressings and creams. Since I’d only just washed and dried my arms, they were treated quickly with a few sticky dressings. The legs were a different matter.

Malas inspected the long cuts on my calves. “Hmm. These cuts are not serious, from a medical standpoint, but their depth and breadth makes me concerned for how they’re going to heal. I can put stitches in them, but it would be less painful and heal better if I seal them magically. Is that alright?”

“I’m going to remove this clotted blood first,” he said, getting up to prepare a bucket of hot water with a squirt of some blue antiseptic in it. “Don’t do this with wounds yourself; the scabs are there to help it heal.”

“Then why are you – ugh!” The antiseptic stung, and Malas wasn’t being gentle as he scrubbed the blood away.

“Because my method does the same thing much better. Here we go.” He patted my leg dry with a towel, then took my ankle in one hand and my knee in the other.

Something thick and blue, the same enamel blue as his eyes, poured from his hands and spread over my lower leg. It wasn’t liquid; it was some kind of ooze, moving with intent, but it didn’t feel wet or gooey like I’d expected. I could barely feel it at all.

It settled into the cuts on my leg. Soon, the skin of the leg was bare and dry, interrupted by bright blue wounds that seemed to glow faintly. It didn’t hurt, but I still had to resist the urge to rip the stuff out.

“One more leg and we’ll be done,” Malas said.

While he got to work, I eyed the blue in my leg. Doctor Marley, my doctor before this whole Haven thing, had been a mage, but I’d never seen him use actual magic for healing. He’d never filled a cut with magical blue film. It stood to reason that the best magical doctors probably worked for other mages, like Malas at Haven. Which meant he could probably do things that Doctor Marley couldn’t.

“There’s a curse in my heart. Can you get it out?”

“What does your general practitioner say?”

“That he won’t recommend heart surgery on a teenager to remove something that’s not causing any harm. But things are different now!”

“Because it caused harm! It attacked someone; that’s why I’m here. What if it attacks more people? Am I just supposed to walk around for the rest of my life being a time bomb?”

“Quite possibly.” Malas was silent while he focused on directing the blue stuff into my leg wounds. Then he stood up. “Curses are difficult things. Even if I could remove it, and there is no guarantee that I could, I could not do so today; there would be risk assessments, liability assessments, I’d need appropriate permission from your parents and your doctor…”

“Well, can you at least find out?”

“If it’s something you can remove. If it’s possible, I can go about getting permission or whatever. If it’s impossible, I’ll know not to waste my time.”

Kuracar Malas considered this. He nodded. “I can give you an estimate on the likelihood. Hold still, please.” He put his fingers to my forehead again.

A few seconds later, he pulled back, frowning.

“Something wrong?” I asked.

“Most likely neither. Hold on.” He fetched his tablet, scrolled through something for about a minute, and said, “You have an emotion-triggered evocation, yes?”

“It awakened in a moment of high emotional distress and summoned a force?”

“Hmm. I don’t think I can do anything for this. Let me just…” he pressed a hand against my collarbone and concentrated. “Ah. There’s definitely nothing I can do. Sorry.”

“Nothing? Surely we could at least try to – ”

“Kayden. This is an evocation, tied to emotion, lodged in a heart. They are three of the biggest indicators of an exceptionally clingy curse. I am checking the lodgement now, and… how to I put this?… you know how your previous doctor wouldn’t recommend heart surgery?”

“It was a good call; heart surgery wouldn’t work. A heart transplant wouldn’t work. This thing would simply lodge itself in the new tissue. The number of shields, curse traps and dampeners you’d need to keep it out would make performing the actual surgery impossible even if you were able to find a heart surgeon anywhere in the world willing to try such a thing, which you wouldn’t. There is a good chance that you will have this for the rest of your life.”

“Then what am I supposed to do?”

“You are in a school specifically designed to teach people how to control magic. I suggest that you listen to your teachers, and apply what you are taught.”

“They’re here to teach mages, though.”

“You are a scholarship student, yes? Do you think your surveyanto would have brought you here if he didn’t think we could help you? Keep warm, rest, and eat some protein for your healing muscles. If your wounds give you any more trouble, come and see me. I am sure we’ll see each other again quite soon.”

“No, but I read Alania’s report on where she found you. I expect to be patching up someone like you quite often.” 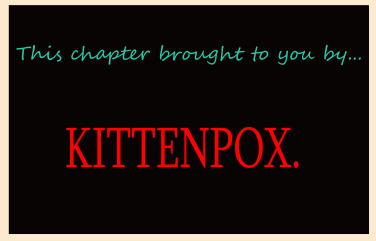 This month’s Bonus Patron Snippet is…